Baird Steptoe Sr. has been elected national president of the International Cinematographers Guild, IATSE Local 600. Steptoe, currently the guild’s 2nd national vice president, will be the first African-American to hold the post.

He won the presidency in a four-way race against Jamie Silverstein, the guild’s national assistant secretary-treasurer, national executive board member Dianne Farrington, and camera operator Casey Shaw. With 32.4% of the guild’s 9,000-plus eligible members casting ballots, the final vote tally was: Steptoe, 1,106; Silverstein, 909; Farrington, 416; and Shaw, 121

Steptoe will succeed John Lindley, whose one term as president expires June 18, as the guild is in a period of transition. Earlier this week, Rebecca Rhine announced that she would be stepping down as national executive director when her contract expires at the end of September. In a letter to the guild’s officers and board members on Sunday, she wrote: “I am choosing to tell you this now so there is absolutely no perception that my decision is connected in any way to the outcome of the Local 600 election currently underway.”

Lindley’s presidency began in March of 2020 as the industry was just beginning to shut down in the first days of the Covid-19 pandemic, and he was deeply involved in the industry-wide negotiations that got it restarted a few months later under strict Covid protocols. His term also coincided with a renewed push for shorter workdays and more humane working conditions, which culminated in a contentious contract ratification vote last November. Local 600 was one of five of IATSE’s 13 West Coast studio locals that voted against the contract, which was narrowly ratified anyway. His term also coincided with the murder of George Floyd in May of 2020, which sparked a nationwide, and industry-wide, movement for social justice and equity. The accidental shooting death of cinematographer Halyna Hutchins last October on the New Mexico set of Rust also inspired a push for greater safety on film and TV productions.

Steptoe, in his campaign statement, wrote that “Our next negotiation is less than 2 ½ years away and we must unite our membership and strengthen solidarity with the other bargaining units of the IATSE to achieve our goals. The union’s responsibility to the membership is to negotiate and fight for a safe and respectful working conditions, wages, healthcare, and pension benefits. To be effective leaders we must listen and understand what our members’ needs are – reaching out to all classifications and hiring more field reps across the country. If elected president of Local 600 I will do everything to achieve the goals that this union and membership will put forth.”

Steptoe, who also serves as co-chair of the guild’s Inclusion Committee, noted that as second vice president he not only represented the guild’s Western Region, “but all members of Local 600 including members of all ages and genders, underrepresented, veterans, LGBTQAI+, and all ethnic groups. This is who we are.”

Steptoe is a veteran first assistant cameraman whose many film credits include Dawn of the Planet of the Apes, Pleasantville, Transformers: Revenge of the Fallen, The Happening and That Thing You Do! In 2013, he received the Life Achievement Award from the Society of Camera Operators.

Elections were also held for Financial Trustees, the National Executive Board and Delegates to the IATSE International and District Conventions. 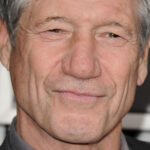 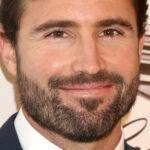