Brody Jenner’s love life first attracted attention back when he was dating Kristin Cavallari on “The Hills,” but his alleged current girlfriend is all about the swells. According to TMZ, Jenner is dating Tiarah “Tia” Blanco, a world champion professional surfer who spends a lot of time in Hawaii. They started hanging out and hanging 10 while Jenner was vacationing there, with their fondness for beach life bringing them closer together.

Blanco has more than 450,000 followers on Instagram, and Jenner has also been letting the world know that he’s a fan by leaving comments on her page. On April 22, he responded to her Earth Day post with a blue heart and Earth emoji, and he wished her a “Happy birthday” in the comments section of a video that showcased her surfing skills, adding, “Sista getting the clips.” Jenner followed this up by deeming her a “Queen,” and when he joined Blanco in wishing her mom a “Happy Mother’s Day,” he scored some major parental approval; Blanco’s mother responded to his message with three heart emoji.

Jenner’s mom, Linda Thompson, is also a fan of Blanco. “GORGEOUS girl & soooo talented & sweet!!” she gushed in response to one of the surfer’s videos. “Awww thank you so much,” Blanco replied. “Miss you already!” While Jenner and Blanco had been doing the long distance thing, the pair made waves by grabbing some eats and drinks in Calabasas on May 12, per Page Six. 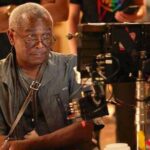 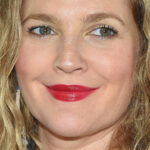