UEFA president Aleksander Ceferin has stressed that he had no issues with Real Madrid, despite the Spanish side’s continued role in attempting to create a European Super League.

The comments were made by Ceferin during an interview with 24ur.com ahead of the Champions League final that will be contested by Liverpool and Los Blancos on May 28.

“I have no problems with Real Madrid, of course. I have no contact with the club’s management at the moment, but Real Madrid‘s presence in the Champions League final is proof of how clean UEFA competitions are,” Ceferin said.

“Real Madrid and Barcelona are in the men’s and women’s finals. No one has interfered to the contrary.”

When discussing the aforementioned Super League conflict, Ceferin intimated that the debate will only occur in the court room.

“The time will come when these things will be cleared up, but they will certainly not be on the pitch,” he noted.

The UEFA chief was full of praise for two Real Madrid players in particular ahead of the final.

“They have the miraculous Karim Benzema, of whom I have said many times that in my opinion he is one of the most underrated players in the history of football. Luka Modric, the older he gets, the better he is,” he stated.

Ceferin also had praise for Liverpool, but he refused to predict a winner.

“They have younger players and very important experience in the final. I wouldn’t dare predict the winner, as a rule I’m a bad judge. It will be an incredibly interesting final,” he said.

Following Jurgen Klopp‘s controversial statements about the distribution of tickets for the Champions League final, Ceferin got in touch with him.

“I called him, I spoke to Jurgen Klopp about this, because I was angry with his statements,” he explained.

“Now he understands. He admitted that he didn’t know the information and that in a way he regrets having made these statements.”

The anecdote with Mourinho

“There were a lot of sceptics about the Conference League. I received a text message from Jose Mourinho [after qualifying for the final with Roma], he was absolutely thrilled. I’ve never received so many hearts, not even from the girls,” Ceferin revealed. 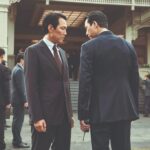 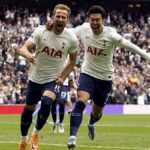