The match between Everton and Crystal Palace had everything. The Liverpool team came from behind to win 3-2 against the Londoners, thus achieving the goal of saving themselves from relegation.

This generated ecstasy among the fans at the Goodison Park stadium, who invaded the pitch after the third goal, scored by Dominic Calvert-Lewin five minutes from time, and the match ended, unleashing all the excitement to stay in the Premier League.

That was not the only thing. The opponent’s manager was also involved in a complex situation.

Crystal Palace manager Patrick Vieira was leaving the pitch amid the presence of Everton fans who invaded the ground. One of the fans goes to provoke the French tactician, who reacts to this.

Vieira notices and starts fighting with the guy. He even kicks him, which causes the “provocateur” to fall. While some confront the technician, others try to intervene and calm the situation.

The television images quickly went viral after the match was over. Vieira is exposed to a sanction for what happened.

Everton will not be relegated

With today’s victory, Frank Lampard’s Everton reached 39 points, in the 16th position of the table, and is out of any danger with one game to go in the league. Vieira’s Palace are 13th, with 45 points.

For the weekend, there will be definitions at the top and at the bottom. All matches will be played simultaneously on Sunday. On the one hand, Manchester City and Liverpool will decide the Premier League champion.

On the other hand, Burnley and Leeds United will determine the third relegation to the Championship 2022-2023, which will join Watford and Norwich, the other relegated teams. 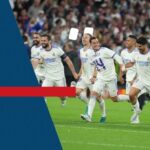 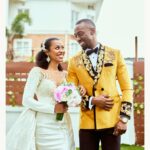