Real Madrid came from behind to beat Manchester City on Wednesday night to book their place the Champions League final for the 17th time in their history, which is six more than AC Milan and Bayern Munich have in joint second.

This will be the fourth time that Real Madrid have played a final in Paris, with this being the city where they won their first European trophy in 1956, lost to Liverpool in 1981 and beat Valencia to lift their eighth Champions League trophy.

Let’s take a look at what happened in their previous 16 finals.

Real Madrid were 2-0 down after 10 minutes, but they managed to equalise through Alfredo Di Stefano and Hector Rial. Then, Stade de Reims netted a third, but Marquitos and Di Stefano turned the game around to lead Los Blancos to their first European trophy.

Real Madrid won back-to-back European Cups courtesy of goals from Di Stefano and Paco Gento. This was the only European trophy they’ve won on home soil.

In a game that took place at Heysel Stadium, AC Milan took the lead twice, but Di Stefano and Gento levelled the scores to send the game to extra time, where Gento netted the winner to secure Real Madrid‘s third European Cup in a row.

Real Madrid faced the French side again in a final, this time in Stuttgart. Los Blancos grabbed the victory thanks to goals from Enrique Mateos in the first minute and Di Stefano after the break.

Real Madrid demolished Eintracht to win their fifth European Cup in a row, despite the German side taking the lead 18 minutes in. Di Stefano scored three times and Ferenc Puskas netted four of his own.

“He scored four, but you don’t know how many he missed,” Di Stefano joked in an interview with MARCA many years later.

That was the first of Real Madrid‘s three defeats in the final. After a year out of the competition, Los Blancos reached the European Cup decider, where they took the lead twice in Amsterdam but couldn’t contain an extraordinary Eusebio. It was Real Madrid‘s first European final with the legendary Miguel Munoz as coach.

Helenio Herrera and Luis Suarez‘s side demonstrated their superiority and grabbed a deserved win at the Praterstadion in Wien.

A rejuvenated Real Madrid were favourites to win the title against the Serbian side, who took the lead in the 55th minute. Then, Los Blancos produced one of their famous comebacks to win their sixth European Cup – the only one under Munoz.

Real Madrid returned to the European Cup final after a 16-year wait. Liverpool were dominant and grabbed the win courtesy of a goal from Alan Kennedy with eight minutes to go.

Against Zinedine Zidane‘s Juventus, Pedja Mijatovic netted one of the most celebrated goals in Real Madrid‘s history in the 66th minute, as the European Cup returned home.

Real Madrid featured in a final in Paris again, but this time they managed to dominate against Valencia and grab a comfortable win, with Fernando Morientes, Steve McManaman and Raul Gonzalez netting one each. President Lorenzo Sanz celebrated it by dancing the famous song ‘Macarena’.

Zidane netted an extraordinary volley to clinch Real Madrid‘s ninth European trophy in a game that saw a young Iker Casillas come off the bench to replace the injured Cesar Sanchez.

Sergio Ramos‘ late equaliser sent the game to extra time, where Real Madrid turned it around to win their tenth European trophy.

Juanfran hit the woodwork from the spot and Real Madrid won the first of their three consecutive Champions League trophies under Zidane after netting all their five spot-kicks in the shootout.

Following an even first half, Cristiano Ronaldo inspired Los Blancos to a huge win, with Zidane clinching his second in a row as a coach.

Real Madrid won three Champions League trophies in a row after grabbing the win in a game where Karim Benzema opened the scoring, Sadio Mane equalised and then Gareth Bale scored twice to clinch the victory. 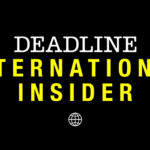 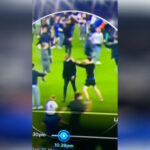