The Gray Man is one of Netflix’s most highly-anticipated Original releases this year. Directed by Avengers filmmakers, the Russo brothers, this $200 million espionage action thriller will probably help the streamer cope with its recent financial struggles.

While fans are pretty excited to witness the brilliant camaraderie between Ryan Gosling and Chris Evans, many do not know how Brad Pitt and Charlize Theron were initially cast in the film almost a decade back. Based on Mark Greaney’s book, the film has been in developmental hell since 2011, waiting to be picked up.

After Greaney released the book, studios fought among themselves to acquire adaptation rights. New Regency ultimately gained rights with James Gray as the director and Adam Cozad as the screenwriter.

Brad Pitt was in talks to be a part of the project. However, following his exit in 2015, the creators decided to star Charlize Theron in a genderswapped version of the story. Soon, the Russo brothers took over as screenwriters and the project went under Sony Pictures.

Following such rumours, there were no new updates regarding The Gray Man for nearly five years before July 2020 when the Russo brothers took over as the project’s director with the film being made under Netflix’s banner.

Soon, the new cast starred Gosling, Evans, Ana de Armas, Rege-Jean page, Billy Bob Thornton, Wagner Moura, Dhanush and others. The film will see Gosling as the titular Gray Man and an ex-CIA agent who is pursued by another evil CIA executive, played by Evans who sports a distinguished moustache.

Set to be Netflix’s most expensive film to date, The Gray Man is scheduled for a July 22, 2022 premiere. 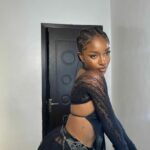 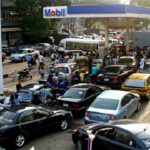