Since announcing his Twitter buyout plans, Elon Musk has kept fans guessing, most recently with a tweet indicating that his plans were on hold. “Twitter deal temporarily on hold pending details supporting calculation that spam/fake accounts do indeed represent less than 5% of users,” he wrote. In his tweet, Musk linked to a Reuters article, which estimated that these spam accounts make up 5% of users on the platform. However, Twitter also said in a May 2 regulatory filing that its “estimation of false or spam accounts may not accurately represent the actual number,” according to The New York Times.

For Musk, cracking down on spam bots is a top priority. In an April statement, he explained his plans to “enhance the product with new features, making the algorithms open source to increase trust, defeating the spam bots, and authenticating all humans,” per The Washington Post. Therefore, you can see why it poses a problem if Twitter has more bot/spam accounts than it initially reported.

Unsurprisingly, Donald Trump couldn’t resist trolling Musk over the news. “There is no way Elon Musk is going to buy Twitter at such a ridiculous price, especially since realizing it is a company largely based on BOTS or Spam Accounts,” the former president wrote on TRUTH Social (via the New York Post). It’s also possible that Musk may be trying to renegotiate Twitter’s asking price, or else be backing out of the deal entirely, as analysts theorized. 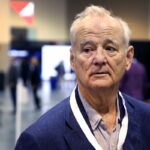 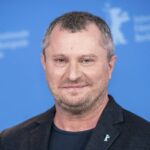