The Premier League title race is still very much alive, as Manchester City played out a 2-2 draw away at West Ham on Sunday afternoon, meaning they hold a four-point lead over Liverpool but with one more game played.

It could have been even worse for Pep Guardiola‘s side, as they trailed 2-0 at the break. However, it could even have ended as a win for the Sky Blues, had Riyad Mahrez not missed a late penalty.

Although Manchester City dominated overall play from the off, West Ham’s Jarrod Bowen was able to convert two of the home side’s few chances in the opening 45 minutes.

On both occasions, he collected long balls over the top and found the back of the net, making it 2-0 to West Ham at half time.

The visitors and, particularly, Jack Grealish came out with fresh intent to start the second half, and the England international pulled one back with a volley into the ground that went all the way in.

Lukasz Fabianski as kept busy and made a couple of good stops, but there was nothing he could do when Vladimr Coufal headed a Manchester City freekick into his own net to make it 2-2.

Guardiola waved his team on, clearly believing that they could earn the win, and they had a glorious opportunity when VAR determined that Craig Dawson had fouled Gabriel Jesus. However, Mahrez‘s spot kick was pushed away by Fabianski, celebrated by the crowd in the London Stadium and by Liverpool fans. 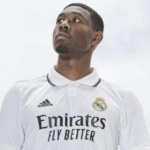 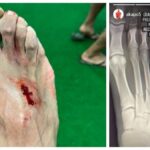