While things were hot and heavy for a while between Hayden Panettiere and Milo Ventimiglia, the sparks eventually fizzled. Initially, the duo attributed their split to lifestyle differences, per People. “[Hayden and Milo] lead different lifestyles. He’s 31, she’s 19. She still has growing up to do and he’s very low-key,” a source told the outlet. Off the record, however, The Hollywood Gossip reported that Panettiere and Ventimiglia had previously weathered a pregnancy scare that “caused a great deal of friction” and may have triggered their parting of ways.

The couple’s age difference could have also contributed to the breakup. E! News reported that Panettiere was barely 18 to Ventimiglia’s 29 years when they got together. Even at such a young age, Panettiere’s star was already shining bright. To date, she remains the most famous woman that Ventimiglia — who has dated the likes of Alexis Bledel, Isabela Brewster, and Diane Guerrero — has been with. In 2017, the “This Is Us” star opened up to Mr Porter Magazine about how dating such a megastar took its toll. “Never do it again,” the actor said, speaking about what he learned from the experience. “There are things that happen to you in your life that shape who you are. Everything I’ve been through from jobs to friendships to partnerships, everything has built me to who I am. … It wasn’t until my mid to late twenties that the job wears on you, relationships wear on you.” 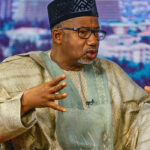 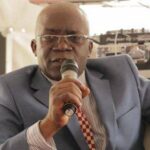